How to Handle Zeros in Quotients

When you are dividing you may come across zeros in your dividends and divisors and those zeros may cause you to thinking that the problem is hard itself. But you should know the zeros can be cut to shorten the problem. For example if you have the problem 5600/700 you will first have to look at the smaller number and eliminate a zero in the 700 since it is smaller than 5600 and make that a 70 and you have to do the same thing with 5600 and make that a 560.Now since the 70 still has a zero and is smaller than 560 you can eliminate another zero from both and make the 70 to a 7 and make the 560 to a 56 so now all you have to do divide is 56/7 and since we all know that 7x8=56 then 56/7=8.
To understand this topic better I suggest watching the video


And trying some of these: 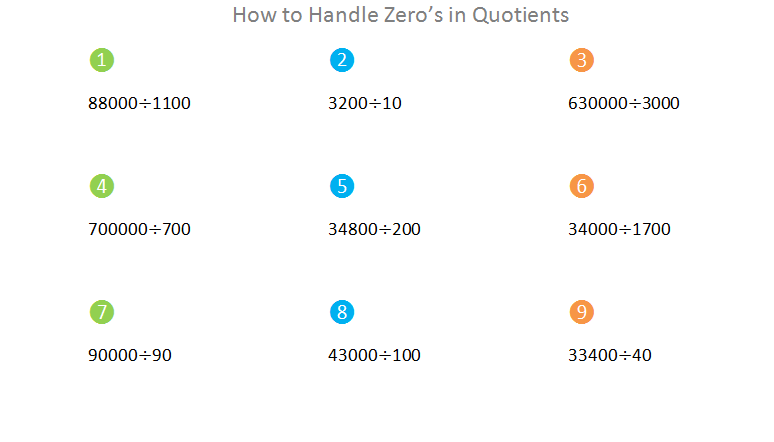 Sheet 1 Practice Problems on Zeros in Quotients
Posted by Unknown at 8:25 PM