How to Compare and Order Decimals

In the last post, we talked about Identifying Decimal Place Value and we also skipped into comparing decimals. If you understood that, then this topic should be a piece of cake for you!!

Even though we talked about comparing decimals in the last post, let's just review it one more time.

When comparing decimals, take a look at the digits on the right side of the decimal point. Those digits are the decimals. Then, just compare by determining which digit is larger in value.
Easy, right?! 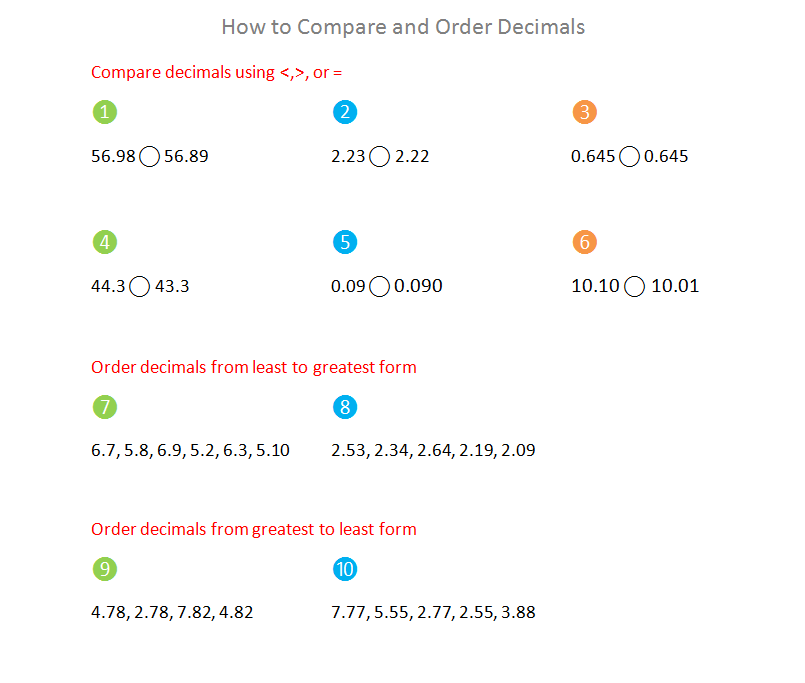